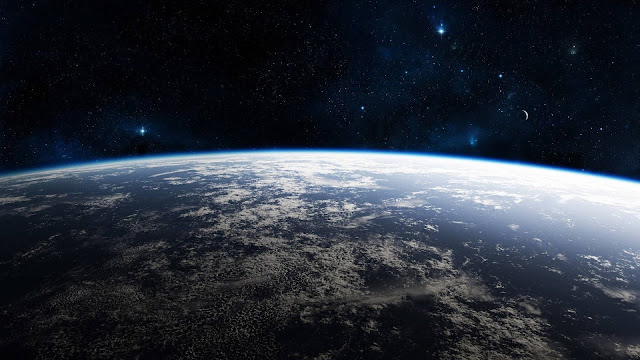 "For I am about to create new heavens and a new earth; the former things shall not be remembered or come to mind." (Isaiah 65:17 NRSV)
A couple of months ago my 6th/7th grade RE small group (think 'Sunday School') was talking about the afterlife. There was a lot of speculation, and a couple of kids were quite certain that death is the end, but no 'right answers' were expected or provided. Unlike our Christian counterparts, Unitarian Universalists don't claim any level of certainty as a group about what comes after death, if anything. Personally, I don't think there's anything but a return to the state we had before birth, which means individual extinction and non-existence. But, hey, what do I know? What do any of us really know?
Part of the material for that group outlined the views of Vikings, Christians, and Buddhists. A strange mix, and there was a lot more knowledgeable discussion of Viking mythology from the kids than I expected. The Buddhist portion had the caveat that it represents the views of the more theistic Buddhists, a fact I mentioned for clarity. The bit about Christian beliefs made me squirm, because it was a statement of the popular view, and not what was likely taught in the earliest of the churches that became considered 'orthodox.'
In the early Christian tradition that included the Pauline and Johannine communities there was a firm belief in both the physical resurrection of the dead and the promise of a future 'New Heavens and New Earth.' The former was a fairly common feature of Second Temple Judaism, and was reinforced by the conviction that Jesus of Nazareth had returned physically from the grave (not merely 'spiritually').
The belief in New Heavens and New Earth dated back to the Hebrew prophets, though it was refined in the Christian tradition. Where Isaiah spoke of a renewed world in which there are still children and old people living an idealized version of regular life on this planet, Paul wrote about a completely transformed resurrection body, and Peter described 'the elements' being burned away to make way for a Heavens and Earth in which the resurrected would dwell. The Book of Resurrection, heavy in symbolism, describes a New Jerusalem coming down into this recreated world.
Other early variants of Christianity differed about the afterlife. Notably, the Gnostics rejected not only physical resurrection, but the material world in general, believing it to be the creation of an evil god. Matter, to the Gnostics, was a contaminant from which we needed to cleanse ourselves and escape back to the true god, who is only spiritual. Interestingly, Christianity in the 21st century very heavily favors the unorthodox view. Many Christians think only of dying and going to heaven, leaving their bodies behind forever, while others believe that they'll be resurrected only to then dwell forever in 'heaven.' In both cases the very 'earthy' view that includes a natural world is left behind (pun intended).
Within Unitarian Universalism we talk a lot about 'Beloved Community.' It's something we want to realize in our congregations, and work towards in the wider world. It's the idea of justice and peace reigning supreme, with bigotry and war firmly in our past. Humanists likewise tend to share this vision, although with perhaps a bit more skepticism. Both UUs and Humanists engage in social justice work and affirm science as the best means by which the world can be understood. Humanists don't tend to believe that there's anything beyond this life, and together with UUs are focused on making the one life we know we have the best possible for ourselves and others.
As for me, I don't think Utopia is an option. If a day ever comes when perfect harmony is realized, without doing violence to individual freedom, it will have to be many centuries in the future, when we have literally evolved (or so engineered ourselves) to be a species better able to rein in our baser impulses. The Christian shortcut to this would be resurrection, and though that would be better if it were true, the long road to peace and justice, however arduous, will certainly be far more fulfilling.

Posted by Adam Gonnerman at 4:40 PM